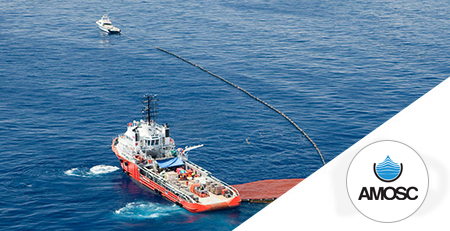 AMOSC’s primary roles are to:

These company specific petroleum industry activities are supported and supplemented by the Australian Marine Oil Spill Centre (AMOSC), a wholly owned subsidiary of AIP set up in 1991. AMOSC has offices at Geelong, Victoria and Perth and Fremantle, WA. AMOSC also provides a range of ancillary services and advice to the petroleum and shipping industries, and to governments in Australia and in the South Pacific region on:

AMOSC resources and services are also made available to Australian governments, through a memorandum of understanding with the Australian Maritime Safety Authority (AMSA), to support responses to oil spills from general shipping and other sources.

AMOSC has provided substantial support to all major oil spill responses in the Australasian region for many years, including the Montara oil spill off the northwest of WA, the Pacific Adventurer and Shen Neng oil spills off Queensland, the Pasha Bulker incident at Newcastle, and the Rena oil spill in New Zealand.